Jewish Festival Hanukkah has started from the evening of 12th December this year and will end on 20th December 2017. Let’s know the reason for this festival to be celebrated in the Jewish community. Jewish people summed up their holidays by saying “They want to kill us, we won, let’s eat”.

Hanukkah is the story of Maccabees. Maccabees is a guerrilla army of Jewish rebels from Israel. They revolted against King Antiochus who is a Greek King. Hanukkah means rededication. This rededication is for Jew’s struggle for freedom in terms of religion that is for more than 2,500 years. The people are shocked at the time when Maccabees reclaimed the temple. This is because they have to keep the light going on for one more day. With the blessings of Almighty that light keeps on going for eight more days.

Jewish people celebrate Hanukkah by lighting the candle in candelabra or Menorah. This Menorah contains 8 candles and one special known as Shamash. This Shamash is used to light other eight candles. These 9 candles are lit starting from left to right and are generally placed in front windows of the houses. Given below are some of the facts or things that everyone should know about Hanukkah. 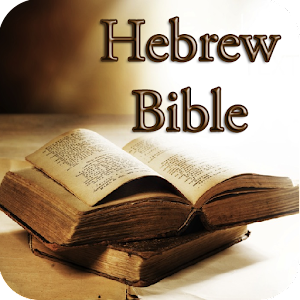 Jewish people believe in eating food that is fried in oil and by doing so they pay tribute to the miracle that has happened with burning lamps. Doughnuts are one such food. So Jewish people celebrate Hanukkah by eating Doughnuts.

This is a very common way of celebrating any festival as chocolate gives happiness and smile to everyone. Jewish people celebrate Hanukkah and give away the chocolate coins which are wrapped in gold and silver.

Spinning a dreidel is another important thing about Hanukkah. Gelt was used to play a game which is known as Dreidel at Hanukkah. In this game, players made a circle around a table. Every player will get a turn to spin the dreidel which is the cube shape with a Hebrew letter written on each side.

Initially, Jews exchanges gift only on Purim, but now they share gifts on Hanukkah also. Now they exchange gifts on Christmas as well as Hanukkah.

This is one of the festivals of Jewish people. This is eight days festivals including many things like Menorah, candles, gifts, dreidel, etc. This celebration lasts for eight days.