New Delhi is one of the cleanest, green and diverse cities of India. It has a royal and vintage charm, a very little whisk of culture and many more things to attract you towards it. It will be impossible for you to shift to another city once you have lived in Delhi. Delhi becomes a nutshell to everyone who has been a part of it. This beautiful city has been featured in many of the Bollywood movies. We brought you the list of some of the Bollywood movies that were shot in Delhi. So, let us go for Delhi Darshan in a beautiful Bollywood style. 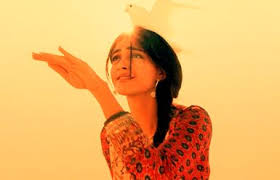 Delhi 6 is shot in the old areas of Chandni Chowk. This film beautifully describes the habitation of old people and also the way in which they are preserved.

No matter whether it is Delhi University’s cool life or Sainik Farm’s House or Janakpuri ki Galiyan, Band Baja Baraat has almost covered the entire city.

Bajrangi Bhaijaan is another super hit movie that was shot in Delhi. The major part of this movie is shot in the capital city, Delhi.

No one Killed Jessica

This movie is shot in Delhi. Some of the main social issues are beautifully portrayed in this movie. The unity of people, the objection against some of the delayed justice and outcome of the unity are shown in the movie and that too on the roads of Delhi.

Fukrey is a film that is filled with fun and humor in it. This film is very common among youths and it featured some typical Dilliwale Ladke in it. This is an awesome movie that is shot in Delhi. 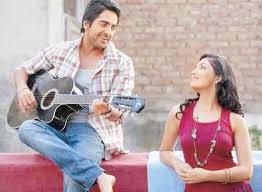 Delhi dude Vicky is featured in the movie Vicky Donor. This movie was shot in streets of Lajpat Nagar, showing some of the dating hubs on the famous Connaught Place in Delhi. This movie also describes the nightlife of the Fukreys of Delhi.

Do you remember the super-cool campus life of Delhi that is shown in Rang De Basanti? This movie is shot in Delhi and it is based on many of the important issues. The college students of Delhi try to bring some changes in the system which is corrupted at every level.

Do you remember alien type person PK who went to Delhi in search of his pendant? This is one of the highest grosser movies of the year. And after all our PK found his pendant in Delhi too. Isn’t that’s great? Delhi is a home to aliens too! 😉

This is one of the movies that depict the election and that too of Delhi University. The movie beautifully depicts the politics, sex, crime and all the planning and plotting that occur at the time of the election in universities of Delhi.

This is the movie which showcased a Delhiite musician who is struggling for his fame and name in the capital city Delhi. This movie showcased Delhi University campus, streets and grounds of the city and also some C-grade cinema halls of Delhi.

Delhi is well-known for robbery, Gundagardi, Dadagiri and illegal possession of the property. Khosla Ka Ghosla is another movie that is shot in Delhi and NCR. This movie depicts the darker side of some parts of Delhi.

This movie clearly depicts the power of Indian policewoman and the reality of sex and girl selling rackets that are going on in the metropolitan cities and other parts of the country. This movie compels girls to be alert and safe. This is one of the woman-oriented movie shots half in Delhi and half in Mumbai.

Name of the movie is enough to describe the importance of Delhi in the movie. This movie depicts the dirty politics going on in the city.

Delhi is somewhere related to fashion, glamour, and beauty. This movie provides us a look of rich, gorgeous and shopaholic girls of Delhi. This movie also showed one of the famous and luxury malls of Delhi which is DLF Emporio.

This is the movie featuring Saifeena together. This movie has showcased some of the main parts of Delhi like roads of Rajpath, central parts of the city, Humayun’s tomb and many more.

Some of the secret services related to the nation are going on the roads of Delhi and are portrayed in the movie. A major part of this movie is shot in the capital city, Delhi.

Do you remember Choomantar song of Mere Brother Ki Dulhan? Katrina Kaif and Imran Khan tried to cover maximum part of Delhi in the movie. This movie was beautifully shot in Delhi.

This movie is half shot in Delhi. It showcased all the major historical monuments that are situated in Delhi. It depicts the love on the streets and monuments of Delhi.

If you are aware of another movie that is shot in Delhi, do let us know in the comments section.